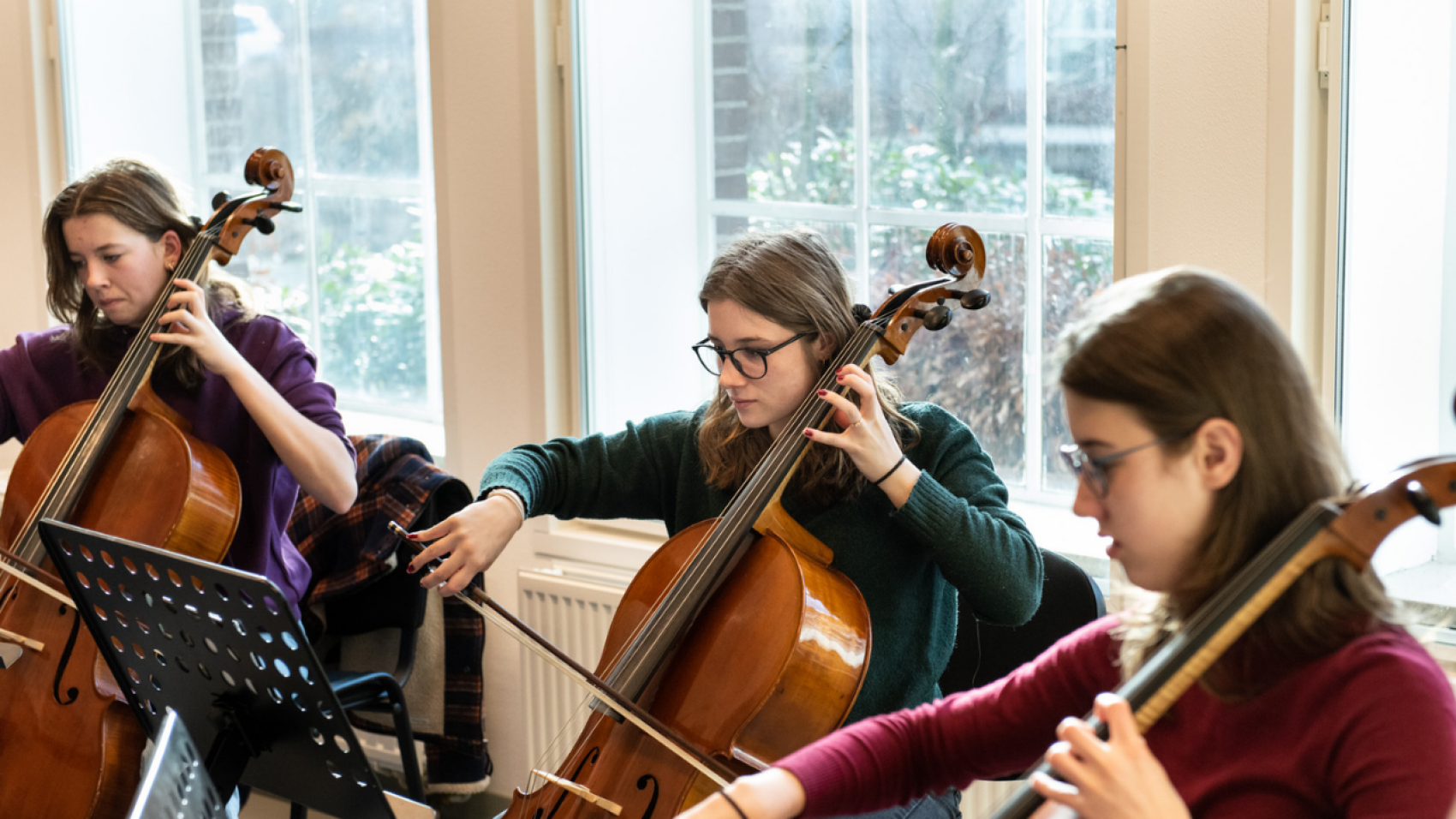 The Almere Youth Symphony Orchestra (AYSO) is made up of young musicians aged 14 and above who enjoy making music together. They are encouraged to play with enthusiasm, pleasure and expression, ingredients which underpin the orchestra’s extremely high reputation. It regularly receives applications from conservatory students and others who intend to make music their profession. The AYSO is known for its broad concert repertoire, ranging from the great classical works to modern film scores. It gives around ten concerts a year, the highlight being the matinee concert which often features famous guest soloists.

The founder and conductor of the Almere Youth Symphony Orchestra is Hans Welle, who studied piano, conducting and saxophone at the Hilversum Conservatorium. In 1987, he set up a small group with twelve of his own music students. That group has since grown into a full symphony orchestra with over eighty enthusiastic young players. Hans is also conductor of the AJSO Junior Orchestra and encourages the development of local musical talent in many other ways. He is the musical director of the AJSO Theatre Orchestra and acts as accompanist for various amateur musical productions.